Quality of Experience: the ultimate stat of video content delivery

The COVID-19 pandemic has already become a nightmare for many brick-and-mortar businesses around the world. But, as our real lives are being put on indefinite hiatus, their online counterparts are naturally starting to thrive thanks to a steady shift to remote work and lots of Netflix and chilling.

For instance, internet traffic in Italy alone went up by 90% compared to February. But, such a steady spike in traffic can’t go unnoticed by online businesses and internet providers. In fact, this global surge can negatively impact them—even the big league players.

Case in point, on March 25, thousands of Netflix clients experienced a 2-hour long outage after the company’s servers went down. And if having a short (though unexpected) break from binge-watching TV shows doesn’t sound too bad to you, here’s some food for thought:

According to Verizon, impaired viewing sessions result in shorter viewing time, lower revenue from advertising, and less loyal viewers. Сompanies may lose as much as 25% in revenue because of a poor-quality experience. That’s why it’s so important for media companies to monitor their Quality of Experience (QoE) metric.

What is Quality of Experience and why is it especially vulnerable now?

QoE is a metric that shows whether customers are happy with a digital service. It’s like UX but centered around specific parameters, such as content quality and resolution, and how they can affect customers’ perception of a business.

With Netflix, it suffered from a double blow to its QoE. The first time was when they lowered the quality of their content in Europe to reduce the strain on internet providers. The second was when their servers went down, leaving the audience with no entertainment at all. For a big company like Netflix, being down for a couple of hours can cost millions of dollars in real and potential losses of both customers and revenue.

If you’re running an online business, the chances are that recently you’ve been dealing with traffic spikes too. Never mind the bigger check for your hosting provider; a steady surge in traffic can also cause increased load times, which can harm your QoE. With mobile devices, the effect can be even more devastating, since on average, mobile users expect quicker loading times than those on desktops.

As we’ve seen, even reducing traffic by lowering the image quality didn’t save Netflix’s servers from crashing. So, the question that comes naturally is, is there a way to make your service surge-proof that doesn’t harm QoE? The answer is that no business, no matter how big it is, can be completely immune to such accidents. Still, some methods and algorithms can lower the risk significantly.

How to help an online business withstand traffic spikes

Here are just a few concepts and technologies that big companies have adopted to increase QoE and lower their traffic budgets:

A system where an entire website is stored on a single server logically implies that that website is attached to a geographical location. This means that the farther visitors are from that location, the longer they have to wait for a page to load. Thus, opening a movie review site that’s hosted in New Jersey is going to be way quicker for someone from Oakland, California than for a visitor from Auckland, New Zealand.

Using a CDN is a game-changer. It relies on a system of mirrored data centers, also called nodes. This allows every user to quickly get the site they need from a node that’s closer to their location, rather than from the master server far, far away.

2. Make sure your CDN is bi-directional

Using a CDN helps you improve the speed that content is delivered to users around the globe. But, if your online service involves user-generated content, there still might be a bit of a problem. The thing is that with traditional CDNs, uploading can only be done to the master server, which ties its speed to a user’s geographical location.

To solve this problem, Uploadcare makes it possible for users’ uploads to go straight to the closest node instead of the master server, which significantly lowers the waiting time for the uploader.

Have you noticed that on some websites, the first picture on a page takes more time to load when there’s a handful of images under it? That’s because your web browser begins to download all the graphics on the page at once, which delays the moment when the very first image can be seen.

But, since your average visitor is a human being that can only see as much of a page that fits on one screen at a time, it makes sense to load images as the user scrolls through the page. This is why the lazy loading technique was invented—to serve pages faster and save the time that would otherwise be spent on downloading all the images on the current page.

Internet-enabled gadgets come in various shapes and sizes. Regardless of what a visitor uses to get to your website—whether it be the cheapest no-name smartphone or iMac Retina 5k—they expect two things: quality content and fast loading. If you manage to adapt media to the visitor’s context, it’ll provide a better QoE by serving content that looks great, loads fast, and needs less bandwidth.

But, how does one compress every image on a website for the entire range of screen sizes, while delivering the best-suited version to every visitor in a snap?

For this purpose, there’s a technology called adaptive delivery, where a CDN automatically compresses uploaded images and creates as many versions as needed to fit a variety of screens. All this while the client-side library (a program that is embedded into your website and run by users’ browsers) fetches information about each visitor’s device in real time to decide which version of the image should be delivered to them.

When an online service has lots of video that needs to be at customers’ fingertips, the share of video delivery in the infrastructure costs can be daunting. If you standardize the quality to a certain level and limit the maximum resolution for certain types of devices, you can save tremendous amounts of data.

The best way to handle video compression is to delegate it to a cloud computing network that can process the videos and then deliver them to your clients. For example, Uploadcare optimizes your video content delivery not only by using CDN nodes that suit your user locations, bandwidths, etc., but also by allowing you to adjust video format, quality, and size.

Every online video has some data that your browser needs to read before it can play it—there’s information about the video’s length, resolution, quality, etc. However, this chunk of data might not be at the beginning of the actual file, but put to the very end of the bitstream instead. So, to play the video, your browser needs to download it in its entirety, which leads to unnecessarily long waits.

In terms of QoE, delivering parts of content that are potentially unimportant to users, while making them wait for the entire file to load, is a big mistake. Fortunately, it can be solved with the partial content request technique. It’s a feature that allows the browser to get the metadata that’s essential for correct playback first, so users can start watching while the rest of the video is still loading.

Since images and video are the two biggest sources of traffic on the Internet, there has always been an effort to encode them more effectively, and thus reduce file sizes and traffic. The latest success in this field was achieved by Google, which came up with two web-friendly formats named WebP and WebM. These formats provide better compression while preserving the quality, which results in images and video taking up 30 and 63 percent less space than JPEG and MP4, respectively.

If your CDN can automatically compress media using these two formats and deliver it to visitors whose devices support WebP and WebM, that will make a great difference for your business in terms of QoE.

How can Uploadcare take the weight off your shoulders?

As a service provider, Uploadcare checks all the boxes above, offering a fast and reliable Bi-Directional CDN. The core of this technology is a distributed network with over 270,000 servers and nearly 1,500 nodes that make both content delivery and uploading equally fast for visitors from anywhere in the world.

Uploadcare’s infrastructure is built to withstand severe traffic surges, so your business can perform better than its competitors, even with drastic increases in content demand, such as the one that we’re witnessing right now.

This was an overview of some of the most effective technologies that companies use to stay on top of the content delivery game. Let us know in the comments if you’ve been experiencing unusual changes in traffic and how you’re dealing with it. 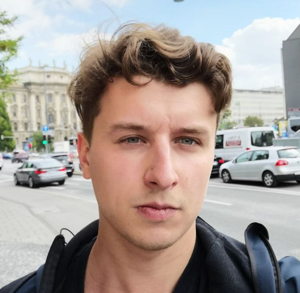 Web development professional with 10+ years of practical experience. Helps enterprises to improve their customer web experience through stricter processes and adherence to a11y guidelines. Trains dogs and bakes bread in his free time.