Uploadcare is about to stop supporting Internet Explorer

Here’s what to do before it happens

TL;DR: Uploadcare will no longer support Internet Explorer in future updates. In this article, you’ll find a checklist of things to do to get ready.

Now that Microsoft themselves are advising against using Internet Explorer and have released an official timeline for when they’ll stop supporting the legacy browser, it’s clear that IE will soon share the same fate as Flash, becoming a relic of the web.

While there’s still time left before Microsoft officially ditches IE11 (on August 17, 2021), many big-name players, such as Facebook, GitHub, Bootstrap, and others have already announced that they no longer provide support for Internet Explorer. There are three major reasons why Uploadcare is soon to be on the list.

But it’s not only about extra workload for devs. Supporting the legacy browser also harms apps’ end-user experience. Adding the IE-compatible JavaScript increases the size of your bundles for all users by up to 30%. This results in:

The last feature update for IE11 was in 2015. Since then, a lot has changed; now, the browser lacks support for an impressive list of important standards. Among those that are essential for the Uploadcare developers are:

3. Proper QA for Internet Explorer is a challenge; there’s a risk for both you and its users

There is no way to automate app testing in IE with modern and convenient tools like Cypress, Puppeteer or Playwright. It’s significantly more difficult to run tests with IE on a developer's local machine if it’s a Mac or Linux computer. It’s possible to use a cloud service like Browserstack as a workaround, but this type of testing is also limited.

For your customers, using IE is a risk too: it doesn’t behave according to web standards, and it won’t get fixes for feature bugs or receive security updates after March 9, 2021.

What does sunsetting Internet Explorer mean for Uploadcare users?

Unlike GitHub or some other IT service that can stop supporting IE and simply post a banner about it, the biggest challenge for Uploadcare is the nature of its product. Uploadcare tools are embedded into clients’ ecosystems. Each client has their own requirements, technology stack, and approach to development, and Uploadcare shouldn’t interfere.

Generally, it looks like there are few IE users left, so it shouldn’t be a big deal. Since its peak in 2004, when IE dominated the browser landscape with 95% of worldwide browser usage share, it dropped to the 1% mark in 2020. However, it’s not that simple.

The issues come into the picture when we look at the data by region. If we look at Singapore, for instance, we see an insignificant 0.65% share of IE users. However, there are still over 4% of IE users in Japan, and this fact is hard to ignore.

How can you decide if browser support is worth investing resources? We suggest looking at the trend in your region. On the chart below, there are browsers’ market shares in dynamics. If we were talking about the stock market, investing in a company with a falling blue line wouldn’t be a good idea. The same goes for browsers.

Another point to pay attention to is the share of platforms your actual visitors use. In 2017, the number of mobile visitors exceeded those from desktops and since then it continues to grow. This makes mobile traffic an important part of the market, and all mobile traffic is devoid of the IE-compatibility problem—most mobile browsers support everything we need.

But again, it’s a good idea to check with your targeted geography to make sure it follows the global trend. If we take Japan as a country with one of the highest IE adoption rates, we see that mobile traffic is soon to exceed desktop too.

What if Internet Explorer support is crucial for my app nevertheless?

The withdrawal of IE support is relevant for the new version of Uploadcare libraries (yet to be released). Once the major update is released, there won’t be any feature updates for the previous version. Any features and requests will only apply to the new product.

The current version will still work and will be supported for a while. If you aren’t ready to drop IE support right away, there will be two options for you:

What can you do to prepare for the demise of Internet Explorer?

If your platform has visits from users who use IE today, you may be wondering how it affects you. Here’s a checklist so that you can get ready:

1. Find out which browsers your visitors use

To make an informed decision whether to continue IE support or not, learn how many people who visit your platform actually use it. You’ll find this information in the Google Analytics Audience report or in a similar tab if you use another web analytics service.

As a rule, the proportion of Internet Explorer users depends on the industry. If you work on public services apps, most likely there’s a significant share of IE users, while apps for designers will likely have no such users at all.

2. Prepare warnings for Internet Explorer users to show on your website

Even if you don’t have many IE visitors, it’s a good idea to think of a solution for when such a visitor comes. Will they see a warning pop-up like on GitHub and Salesforce? Will they be unable to see anything and redirected to Edge browser as YouTube and Facebook do? Or you may prefer to do nothing; that’s also a choice.

3. Encourage your users to switch to another browser: Chrome, Firefox, or Edge

Although Microsoft is doing a lot to persuade people to stop using Internet Explorer, it’d be a good idea for you to warn your existing customers or subscriber base about the coming update. It doesn’t have to be a long read; a mention in an email newsletter or your social media would do.

4. Prepare your IT team for the potential extra load if you need Internet Explorer support

If you still can't accept abandoning IE, get your developers ready, or think about hiring someone who can handle the maintenance issues for you. 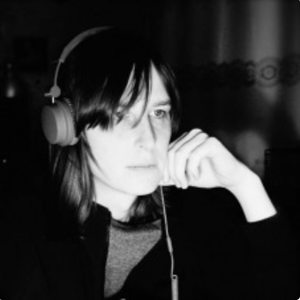